The knife rack has replaced the bookshelf as a symbol of cultural capital. However, following decades of lifestyle eating, cooking shows and palate sensations, a new food generation is starting to establish itself. Food ethnologist Håkan Jönsson sees a comeback for ready-made meals and abstemiousness.

Food is more than sustenance, what role does food play for us today?

“Food has become a way to demonstrate our ability for enjoyment. Pleasure-seeking is the current norm; previously it was seen as a problem that needed to be regulated. You could say that we have gone from a husbanding rationality to a gastronomy rationality. If Instagram had existed in the 1970s, a mid-week post with nicely presented food and wine would not have received any likes.”

Which food post would have worked in the 1970s?

“Something simple and without fuss, such as a light beer and a sandwich. Alcohol would have been linked to alcohol addiction and a squandering of household resources. You might have received a comment about setting up an account book and advice on treatment for alcoholism.”

What lies behind the current craze for sophisticated taste and food experiences?

“Gastronomisation has been a way to handle and integrate new trends in which it has been possible to negotiate and integrate enjoyment, internationalisation and gender equality in daily life. It has actually promoted a more equal relationship between men and women. Men who cook are no longer seen as less masculine, but rather as more masculine.”

“The emerging experience industry is one explanation behind it all. The capital is constantly searching for new arenas to expand to and since a market for experiences emerged in the 1980s, there was an opportunity to make inroads. The transformation of necessary but slightly boring everyday food into an experience gave rise to many new products and concepts for which you could charge more.”

“In the wake of this development, we have seen a new type of middle class take over the public space. A new middle class with a base in the growing media sector, personified by the hipsters eager to identify themselves as food nerds. Although the hipster trend is probably also on its way out now. Just as the food sector has adapted to the foodie generation, a new one comes along with new expectations…”

Which food trends can we expect next?

“A self-imposed limitation and an increased tolerance, or fascination perhaps, for processed food, ready-made meals and technically modified food, among other things. Two underlying explanations are an increased climate awareness and a greater rate of change in the surrounding world and, therefore, an experience of greater stress in daily life.”

“This technological optimism has grown strongly in a short time, it is quite remarkable actually. Just five years ago attitudes were more or less the opposite, the less technology and industry involved with food the better.”

“Taste preferences change as well, whether something is considered tasty has a lot to do with associations and expectations. A younger generation may find it hard to understand how some people may think soy patties taste like cardboard and artificial spice mix. It is easy for people to consider themselves as arbiters of taste.

Is vegetarian food a new phenomenon?

“Although meat consumption has fallen four years in a row, this is from already high levels. Previously, the proportion of meat in a meal was much lower. Take pea and pork soup, there was not a lot of meat in that soup. Or the Swedish classic cabbage pudding, which consists mainly of cabbage and barleycorn.”

“There are also many dishes that people do not think of as vegetarian, which used to be very common. Into the 1970s, members of parliament were able to order evening porridge in the parliament house restaurant, for example.”

Is it also typical of our time, and perhaps particularly for Swedes, to adopt food cultures from other countries?

“That is right; in a relatively short time we have become much more open to eating things that were previously considered to be fairly unthinkable. Raw fish, heavily spiced food and seaweed are considered everyday food these days. We do not need to go back any further than the 90s when many people believed it was an urban myth that people ate raw fish.”

“The tendencies exist all over the world, but it is part of the Swedish self-image to be the world’s most modern country. There are few countries in which multiculturalism constitutes such an important aspect of the self-image as it does in Sweden. Nothing is more Swedish than the desire among a significant proportion of the population to be ‘un-Swedish’, and food and beverages are the areas in which the preference for non-Swedish products is considered the finest.

At the same time, there is a hype around the local and the traditional, isn’t there? Eating weeds is an example.

“With the openness comes a desire to constantly find variation. When people tired somewhat of following trends, they started looking back at their own history.”

“However, it is only when the food cultures of older generations are no longer part of daily life that they are picked up. Then, all of a sudden, sourdough bread and pickled vegetables become interesting to rediscover. The association with signs of poverty has vanished.”

Perhaps the same applies to dishes first considered as uncultivated but later as a delicacy. Is it just a matter of time?

“Well, it is actually quite a new phenomenon to tweak and pimp old-fashioned dishes. The fact that we have done so in recent times with, for example, pizzas and hamburgers, is an expression of the postmodern unwillingness to make a distinction between high and folk culture. And, of course, the recipes are not copied directly. When it comes to the hamburger’s reversed class journey, it needs to be the right sort of chuck steak, instead of ketchup is needs to be chilli mayonnaise and pickled red onion. Otherwise, it is considered fast food despite the nutritional content not necessarily being very different.”

“We are just at the start of using water as fields, namely fish and seaweed cultivation. Different kinds of foods from the ocean will become more common. It is a little bit ironic that it took 10 000 years to apply the agricultural concept to the sea on a large scale.”

“Furthermore, we will not see a decline in easy meal solutions and plant-based food. Our limited biomass will be used in a more effective way than it is today. There is currently a lot that goes to waste or to animal fodder that we can eat. Whey is rich in protein and in just a few years has gone from being pig fodder and a bakery ingredient to being sold at astonishing prices to young gym-goers.”

“Other examples are broccoli which we only eat a third of despite the fact that the entire plant is edible, or the rapeseed cake that is left over after the pressing of the oil and that is full of high quality protein. It is even possible to feed bacteria with methane gas and convert these to fodder! These are examples of how much can be done to prevent food shortages in the future.”

These days you are also employed at the Department of Food Technology, Engineering and Nutrition at the Faculty of Engineering. What role does food technology play in the development?

“It plays an important role. There is a lot of interesting research underway and at the Faculty of Engineering and other engineering faculties there is a silent knowledge and many concepts that have not made a breakthrough for different reasons. The knowledge needs to be complemented with perspectives that focus on human beings and the cultural dimension of meals.”

As an ethnologist, what are you going to do at the Faculty of Engineering?

“I would like to do some file drawer research on promising innovations. It is important to remember that success has a lot to do with timing. Algae Burgers were launched in the 1950s and 60s in the USA under the label Chlorella Cuisine but became a flop when the hippy movement wanted to return to traditional and local foods. However, now we are seeing similar products again.

Latest news
Link to rss
25 Sep 2020
New book: avoid predicting foreign exchange rates
Anyone who can predict outcomes for Forex rates can earn considerable amounts of money. However, research shows this cannot be done reliably and should be avoided by serious…
24 Sep 2020
New analytical model detects mutations in breast cancer
Researchers at Lund University in Sweden have developed a computational model which is effective in detecting and identifying genetic mutations in breast tumours. The study, the…
18 Sep 2020
LU researcher receives Ig Nobel prize for alligator helium study
Stephan Reber has been awarded an Ig Nobel Prize for Acoustics - for a 2015 study that involved an alligator inhaling helium. This was done to understand if crocodilians have…
17 Sep 2020
Metformin for type 2 diabetes patients or not? Researchers now have the answer
Metformin is the first-line drug that can lower blood sugar levels in type 2 diabetes patients. One third of patients do not respond to metformin treatment and 5 per cent…
15 Sep 2020
Rare pattern observed in migrating common swifts
Compared with other migratory birds, the common swift follows a very unusual pattern when it migrates from the breeding areas in Europe to its wintering locations south of the…
All news 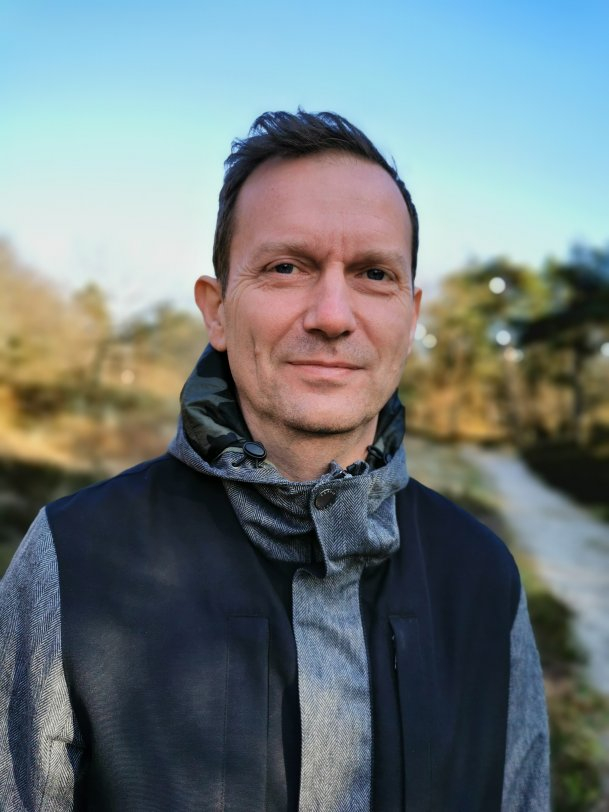