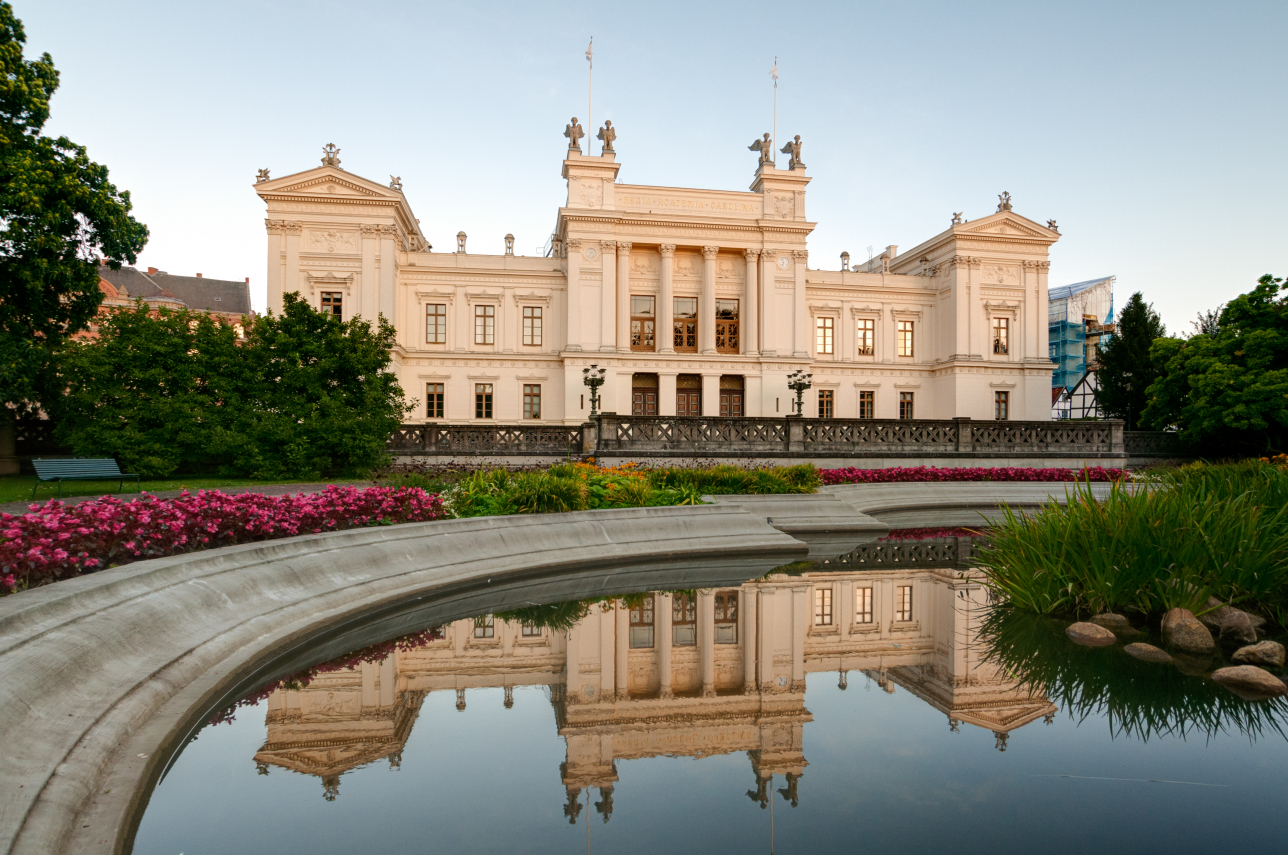 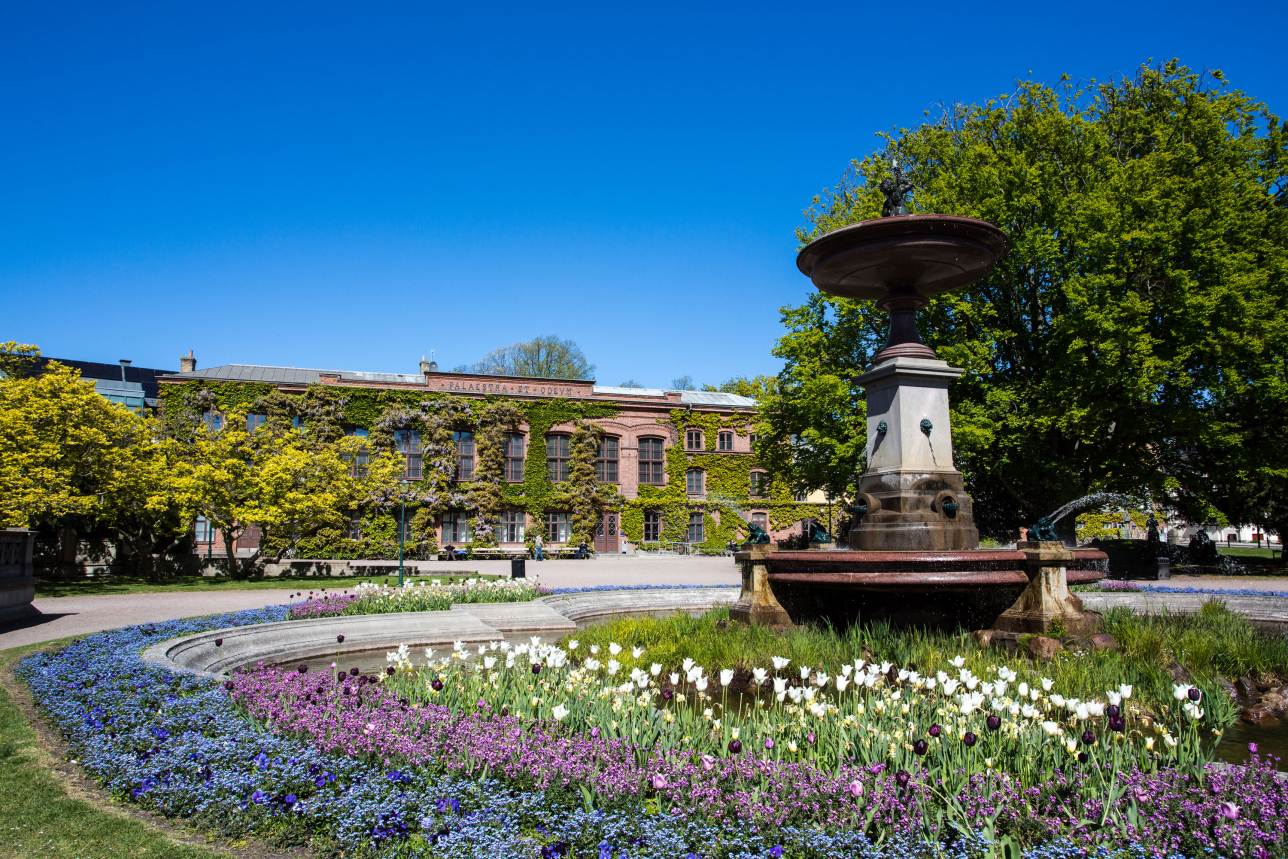 Built in 1883. Behind the façade are also parts of the old orangery from the 1750s when this was a botanical garden. Palaestra et Odeum originally housed a fencing hall (i.e. a gymnasium) and a music room. 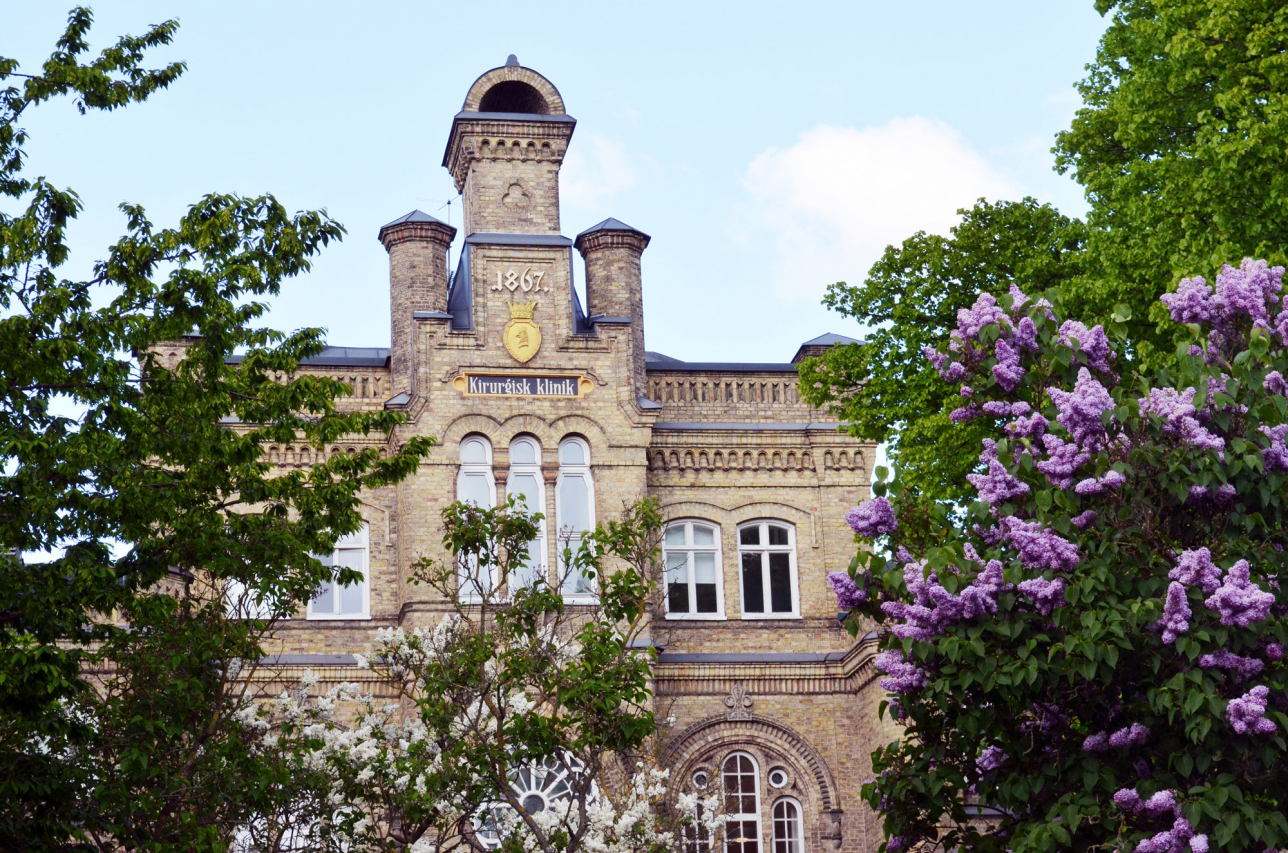 Designed by Helgo Zettervall as part of the old hospital site. The building now houses teaching rooms and offices for Lund University. 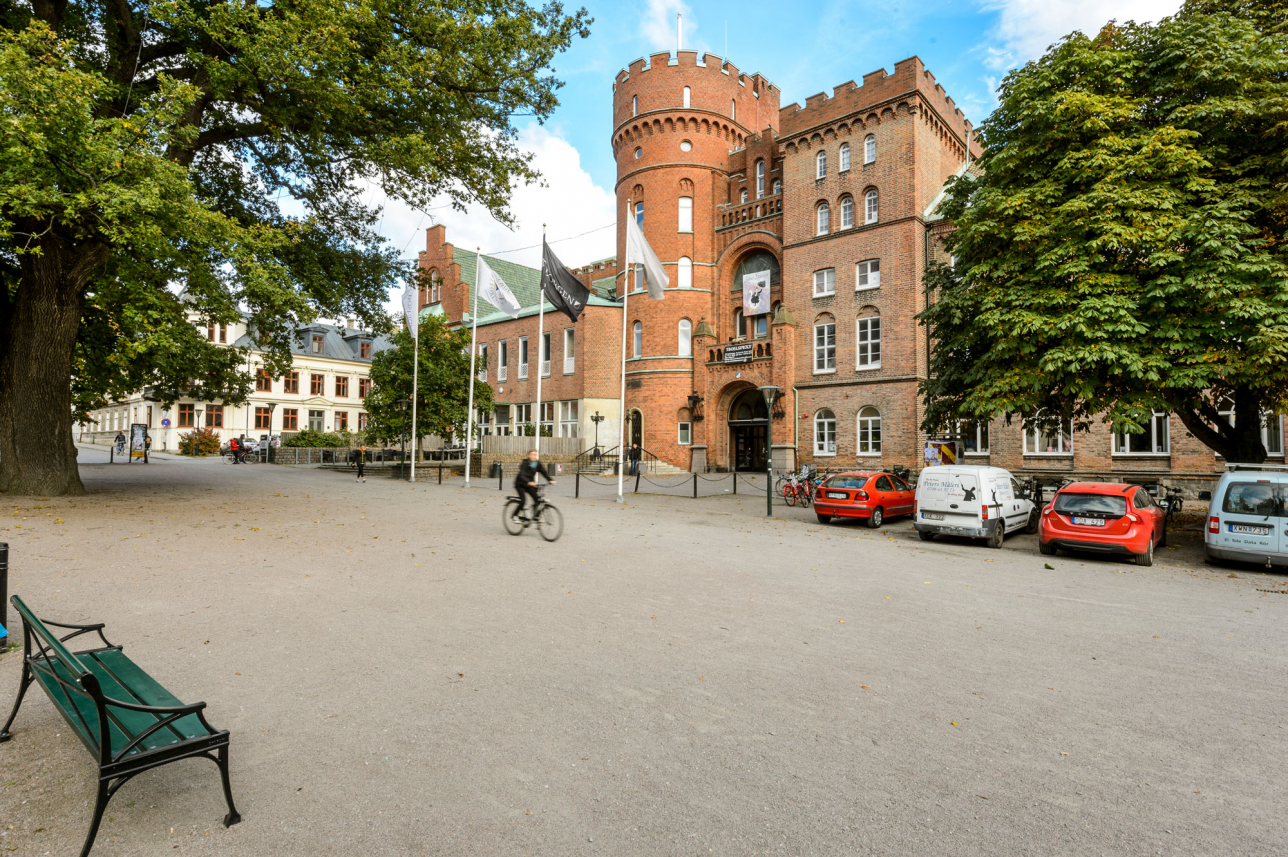 Completed in 1851. The architect was H. J. Strömberg, who designed a house specially adapted to the needs of the students. The original idea was that all members of the Academic Society could be present in the building at once. 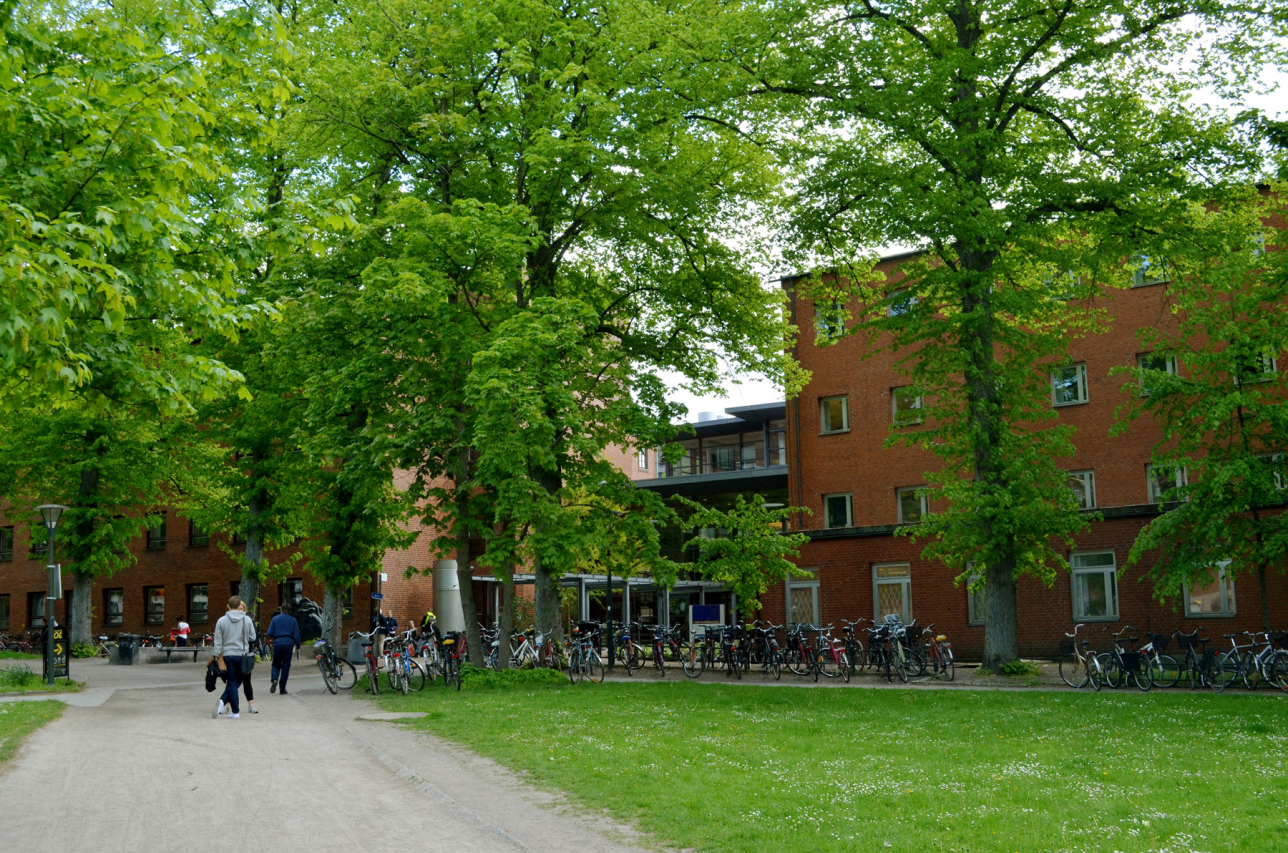 Centre for Languages and Literature (SOL)

The Centre for Languages and Literature houses teaching rooms, a library and a café for the humanities at Lund University. 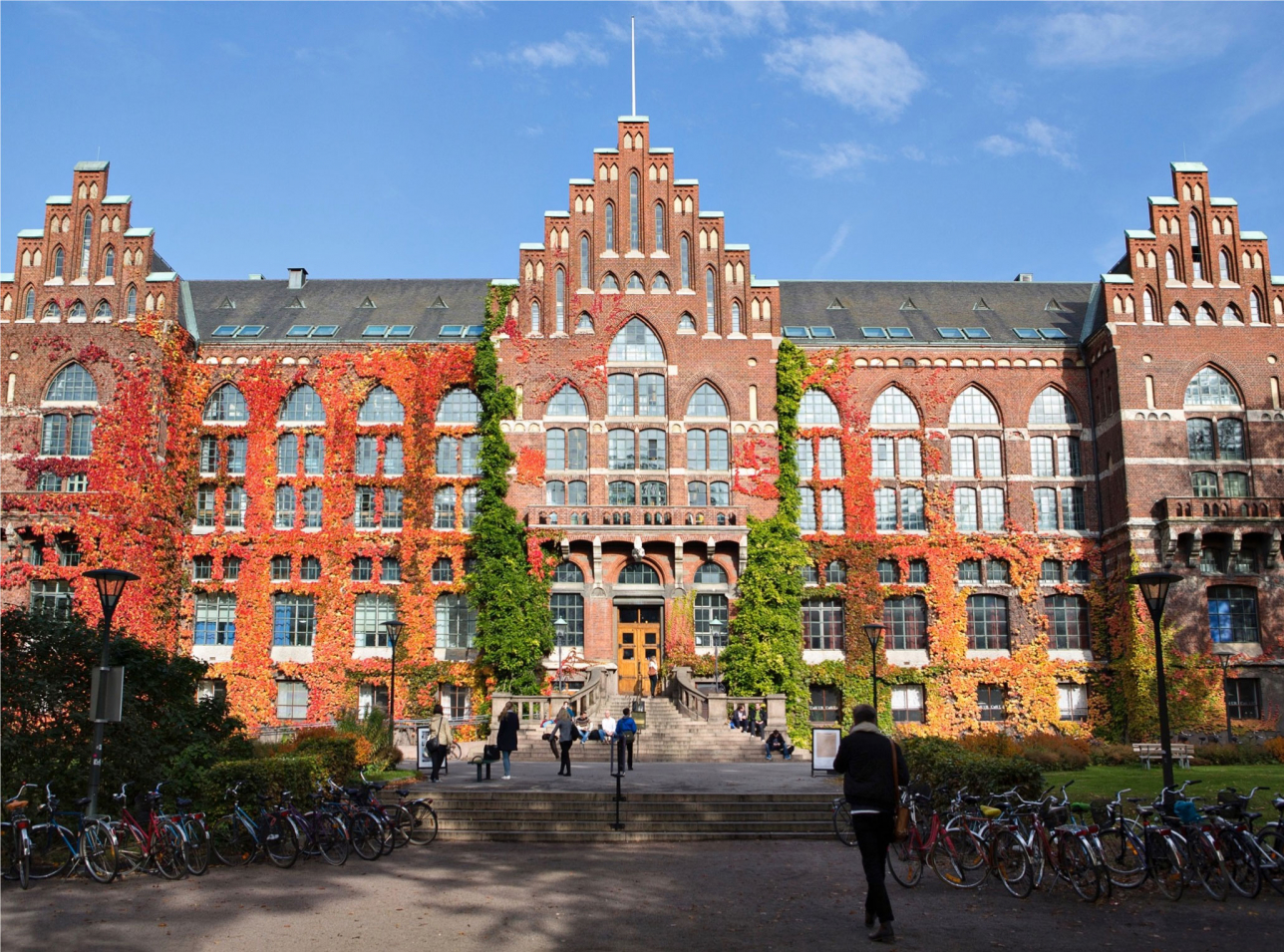 The University Library is a public research library with collections that fill over 100 000 metres of shelves. The stock spans over 1 000 years and all fields. The library is responsible for the historical collections, special collections and Swedish printed material (deposit copies, national responsibility). 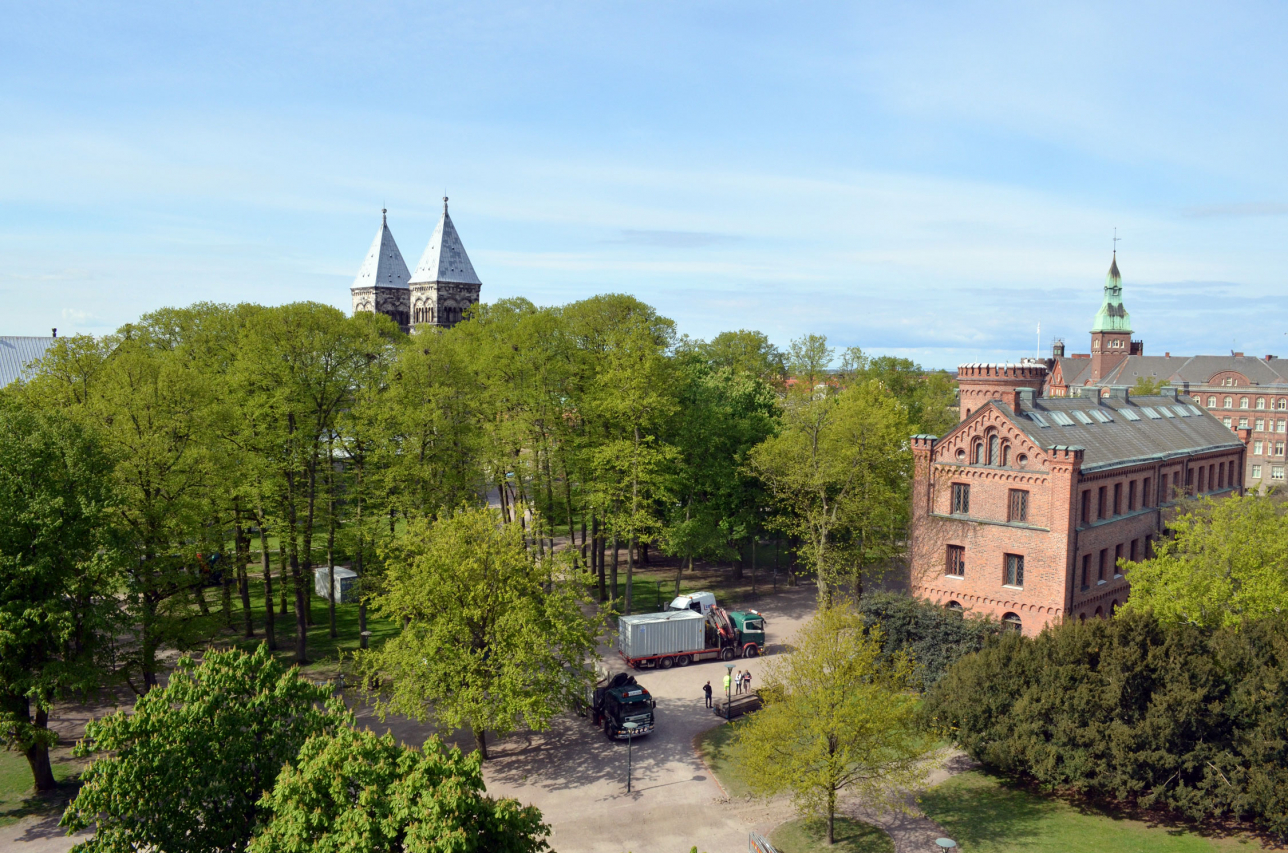 In the early 19th century, the high walls that screened off the University from its surroundings were torn down and Lundagård was opened up as a public park. 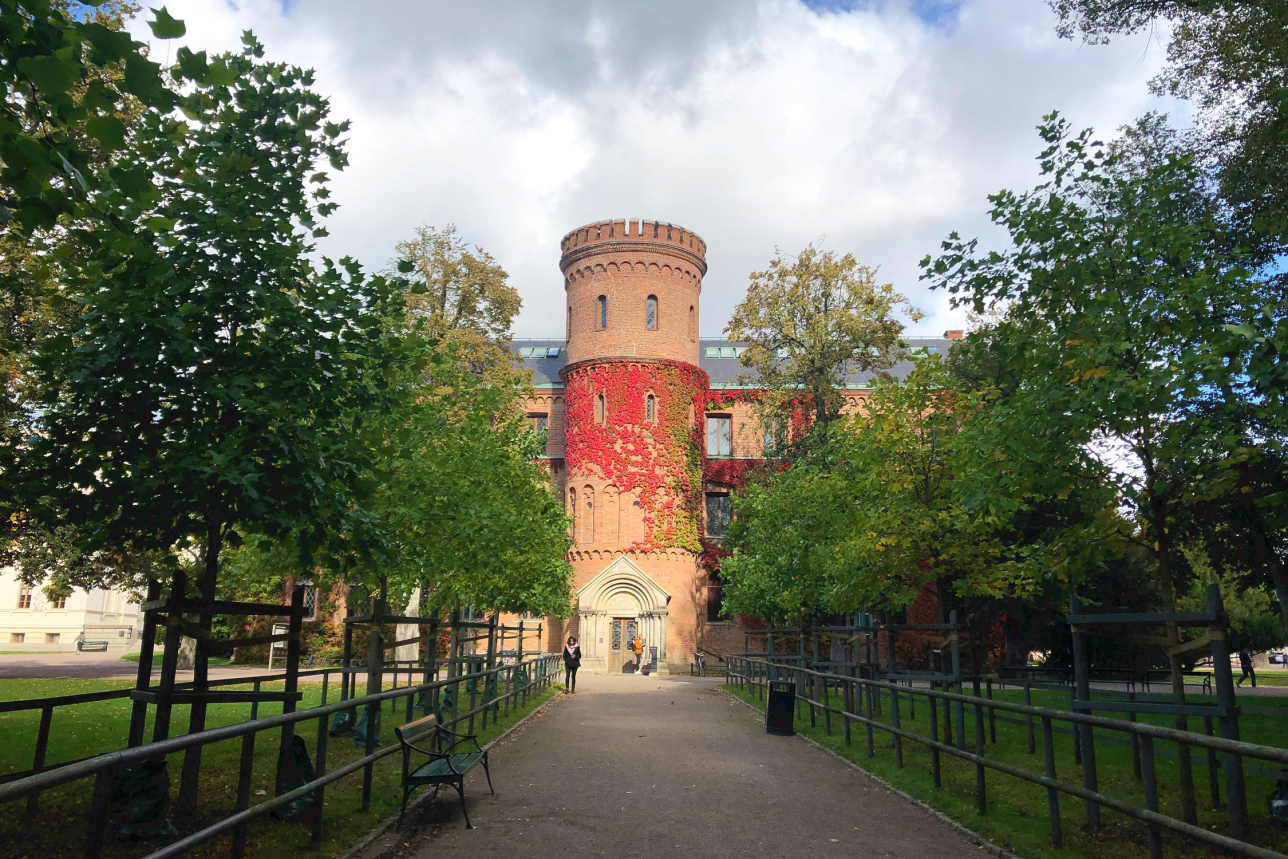 Kungshuset was completed in 1584 and was originally the residence of the Danish king’s sheriff. At the end of the 17th century Kungshuset became Lund University’s main building and fulfilled this function for 200 years. It also housed the University Library. At one point there was an astronomical observatory in the tower and an anatomical theatre. Kungshuset is located in Lundagård - the park area between the Lund Cathedral and the main University building 'Universitetshuset'. 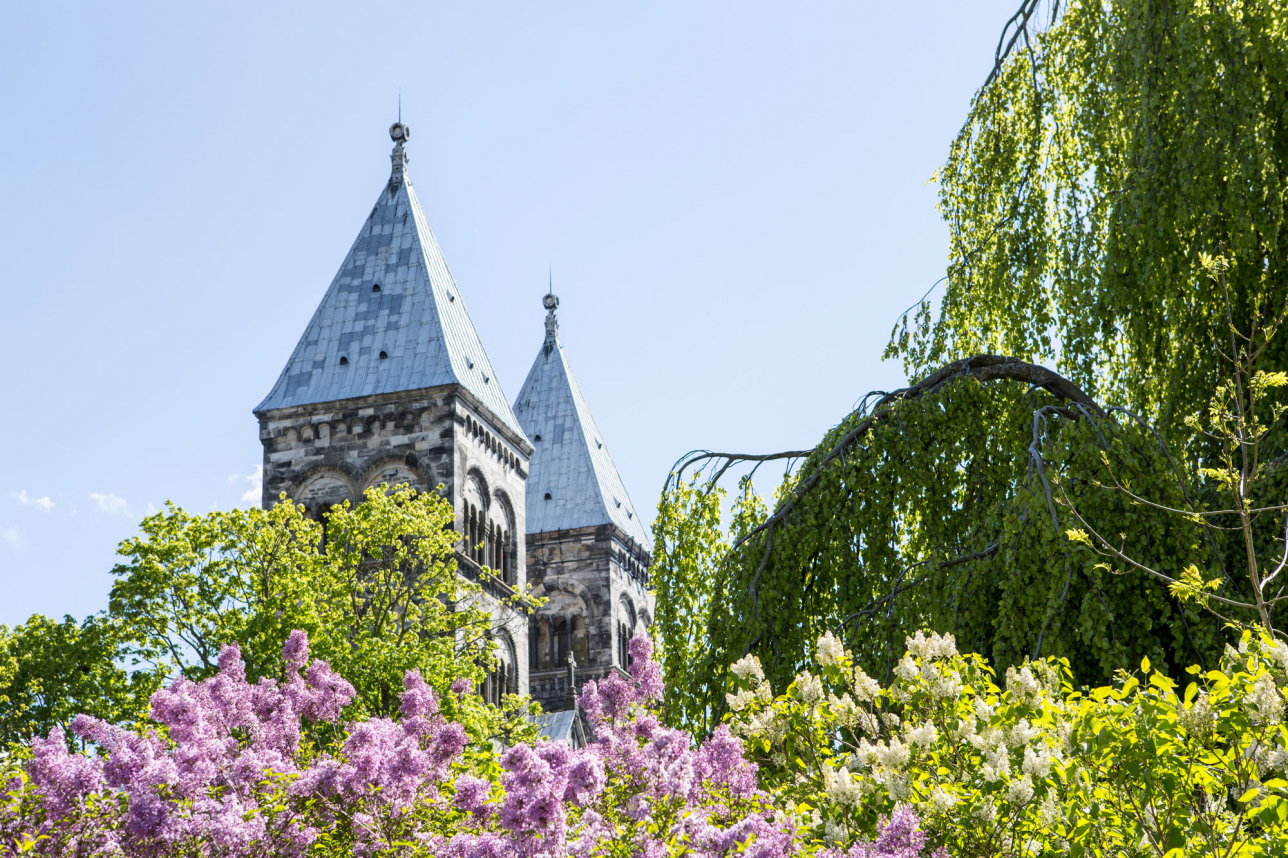 The Cathedral was built in the 12th century after the Danish city of Lund had become the seat of the Archbishop of Scandinavia.

Since the 1990s, the Faculty of Law has been housed in the brick Swedish Telecom building from 1915.

Faculties and departments at Lund University

Search for institutes and research centres at Lund University

See a Lund University map and other useful maps