The history of Lund University

For just over 350 years, Lund University has educated students and created new knowledge. Below is a history of how it developed from a small provincial academy into a major international university with world-leading research. 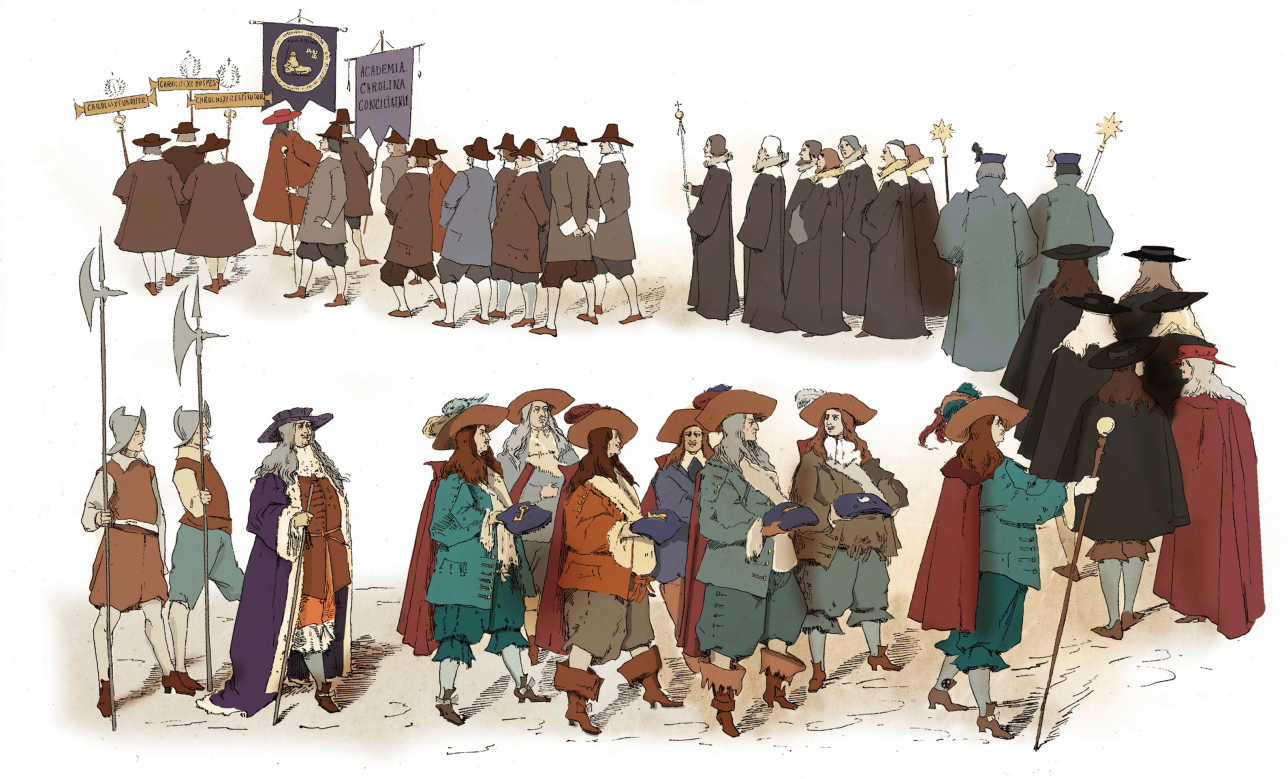 Lund University was inaugurated on 28 January 1668, on King Charles’ name day. In the 19th. century, this is what the inauguration procession is believed to have looked like. Drawing (colour added at a later date): Carl Aspelin.

When Lund University was founded in 1666, Sweden was a great power, which eight years prior had won the province of Skåne from Denmark. Just one month after the Swedish victory in 1658, the Bishop of Lund Peder Windstrup proposed to King Charles X Gustav that Lund should have an academy, as the youth of Skåne could no longer study in enemy territory in Copenhagen. In the Middle Ages, Lund had been a centre of religious learning with an early form of higher education institution, a studium generale, in the years 1438–1536. It also had Katedralskolan, an upper secondary school that was most likely founded as early as 1085, and which is still operating today. Therefore, the city had an educational tradition to build on.

Charles X Gustav let the matter of a university rest and it was not until 19 December 1666 – after many years of discussions about where a new university in southern Sweden should be located – that Charles XI’s regency government, with dowager queen Hedvig Eleonora at the helm, signed the documents that founded the university. It was given the name Regia Academia Carolina and was inaugurated with great ceremony in Lund Cathedral on the King’s name day on 28 January 1668.

Four faculties and no premises

Initially, the young academy had four faculties – theology, law, medicine and philosophy – with 14 professors and 80 students. However, it had no premises. Until 1688, when the University took over the King’s House, most of the teaching took place in the cathedral. The students primarily qualified as pastors and civil servants.

The first set of lecturers had a clear international profile, with Saxon legal scholar Samuel Pufendorf the best known among them. In 1676, however, the University was forced to close because of a Danish invasion, only reopening in 1682, with mainly Swedish lecturers at this point. The University’s finances, which had never been strong, were now particularly strained and the end of the 17th century and the beginning of the 18th century were characterised by war, fires and plague.

However, as the 18th century progressed, the University entered a relatively calm period. In the spirit of the times, science started focusing more on ‘useful’ subjects such as science, medicine and economics. The Triewald collection of scientific instruments that illustrated principles within physics was acquired, the King’s House tower was raised to become an astronomical observatory and the building even housed an anatomical theatre where it was possible to view both dissections of bodies and physical experiments. The University’s surroundings, which were largely dilapidated during the first half of the 18th century, were tidied up. The Lundagård park was given a symmetric system of tree-lined paths (which are still there) and a botanical garden was created behind the King’s House. 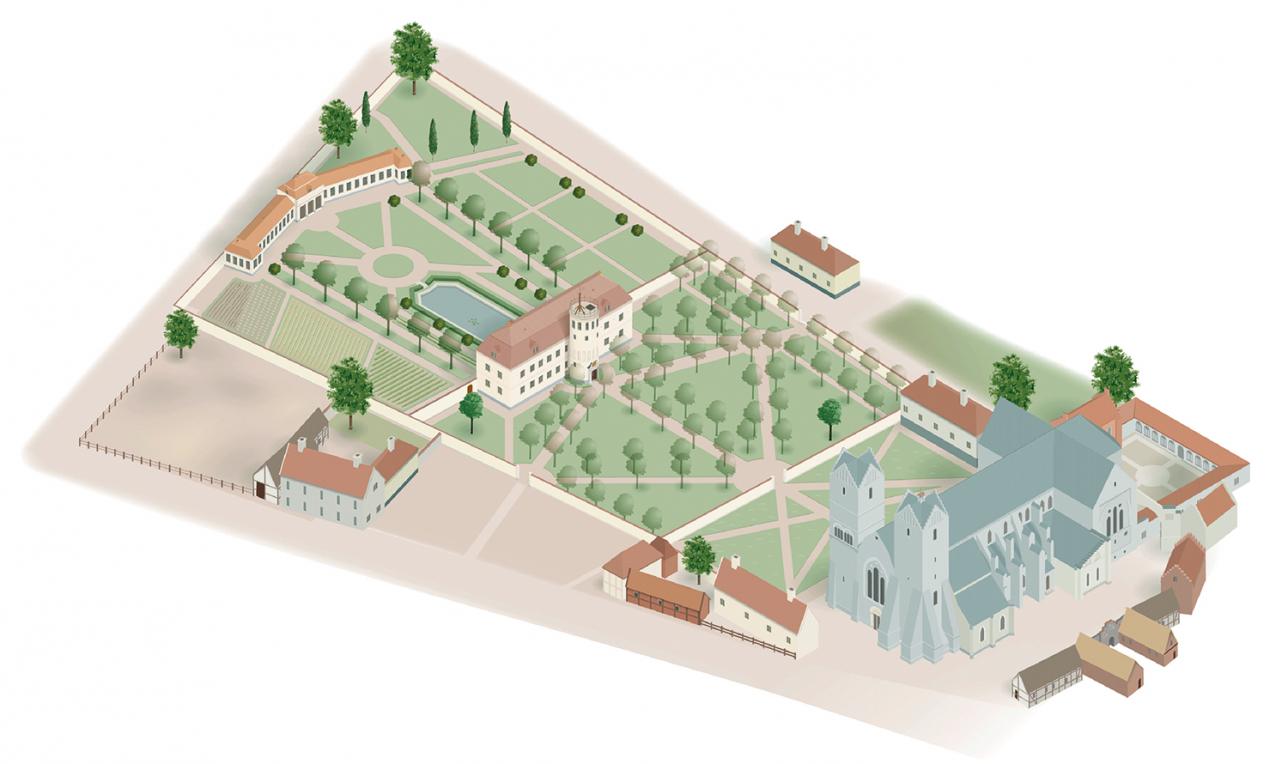 In the mid-18th century, the University’s surroundings were upgraded. A park in Lundagård and a botanical garden in the current University Square were created. Drawing: Petter Lönegård.

Collection of curiosities became the foundation for museums

The scientific curiosity that marked the 18th century was also expressed in the collecting of all kinds of curiosities. In 1735, Professor Kilian Stobaeus donated his collection of curiosities to the University, which lay the foundations for the University’s museums (parts of the collection can still be seen at the University’s Historical Museum). Stobaeus is also known to posterity as the young Carl Linnaeus’ landlord and mentor during his student years in Lund 1727–28.

Despite ongoing troubled finances, the number of teaching staff was tripled in the 18th century with the appointment of lecturers and associate professors in addition to the professors. However, very few of these were paid a living wage and had to support themselves by offering private tutoring, among other things.

The University’s teaching salaries were not given functioning government funding until the 1840s. Despite this, the early 19th century was a golden age for Lund University when new professorships were established and the number of students increased. In addition, there were several well-known, polymath ‘geniuses’ on the teaching staff, such as the poet and Professor of Greek language, Esaias Tegnér, and Professor of Botany and Economics, Carl Adolph Agardh. The latter was also influential in the founding of the Academic Society (AF) in 1830, which became a hub for student life, particularly after the inauguration of the AF Borgen building in 1851.

At the beginning of the 19th century, the University was very cramped in the King’s House. An administration building, since pulled down, was constructed in Lundagård, and an additional level was added to the King’s House in the 1830s. However, as the University expanded and started conducting research in the modern sense, more and more specialised premises and laboratories were required. In the middle of the century, the first department buildings were constructed at Sandgatan, which were followed by an observatory in Stadsparken and a Department of Chemistry a few blocks south-east of Lundagård. The present-day botanical garden was created at Östra Vallgatan. The pressure on the King’s House eased somewhat in 1882 when the main University building was completed. Three palace-like department buildings were also built at the end of the century along Biskopsgatan.

This photo from 1900 shows participants on a botanical excursion – the women in the photo comprised a large proportion of the total number of female students at the time. Photo: the Academic Society’s archive.

The University expanded, not only in the city – the student population also grew. At the end of the 19th century, there were approximately 800 students, of whom around 10 were women. After more than 200 years of only men at the academy, the first female students were admitted in 1880: Hildegard Björck and Hedda Andersson. However, well into the 20th century, female students were in the minority and it was not until the 1960s that the first female professor was appointed, historian Birgitta Odén.

In the 20th century, the University experienced unprecedented growth – by the end of the century, more than 30 000 students were enrolled. The expansion was particularly noticeable in the city, where the University’s buildings spread to the northeast along the so-called Knowledge Corridor that runs from Lundagård up toward the Ideon Science Park and Brunnshög.

There was a corresponding growth in the number of staff and research advanced by leaps and bounds. Among other things, this led to many groundbreaking innovations, such as the dialysis machine, medical ultrasound diagnostics, Bluetooth technology etc.

Read more about innovations from Lund

Organisationally, the University consisted of the four original faculties for a long period. However, in 1876, the Faculty of Philosophy was divided into a humanities division and a mathematics-science division. These became independent faculties in 1956. In 1964, a Faculty of Social Sciences was established, from which the economic subjects broke away in 2004 to form their own faculty (the School of Economics and Management). Lund’s Faculty of Engineering was created in 1961 as an independent institution, but was integrated into Lund University in 1969. The higher education reform in 1977 meant that the School of Social Work in Lund and the Academies of Music and Theatre in Malmö came under the management of Lund University. In 1996, Lund University founded the Malmö Art Academy. The School of Aviation in Ljungbyhed was transferred to the University in 1998 and in 2000, Campus Helsingborg was inaugurated.

The University currently has nine faculties and is one of Scandinavia’s largest institutions for research and education, with around 40 000 students and just over 8 000 staff. The University repeatedly ranks as one of the world’s top 100 universities.

People and Places – a historical film

Watch Professor Bengt-Olle Bengtsson reflect on the history of the University.

Read about the history of some of our faculties:

People and Places – A short series on the history of Lund and its University. 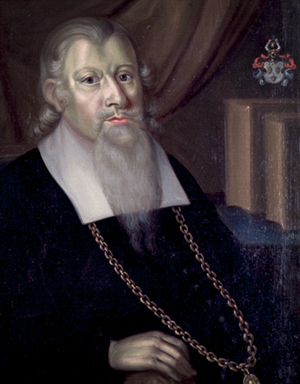 Bishop of Lund Peder Winstrup was the first to propose the creation of a university in Lund. Painting from Lund University’s art collection. 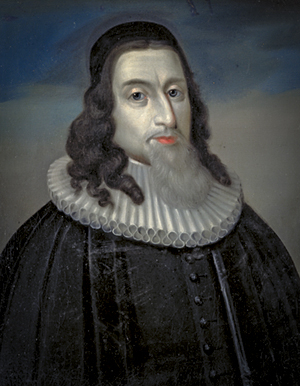 Pastor and chaplain Bernhard Oelreich was the one who finally managed to convince those in power in Stockholm that Lund should have an academy. Painting from Lund University’s art collection. 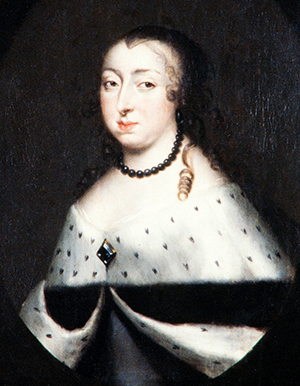 Carl Adolph Agardh was a brilliant polymath who created, among other things, a new taxonomy of algae. Drawing: Maria Röhl. 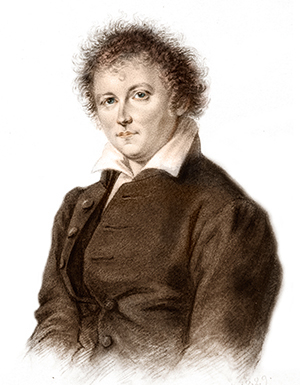 Esaias Tegnér was a professor of Greek language; however, he was most known as a national bard and genius. Drawing: Maria Röhl. 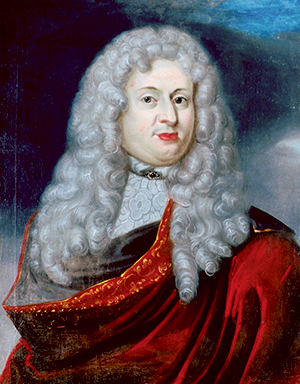 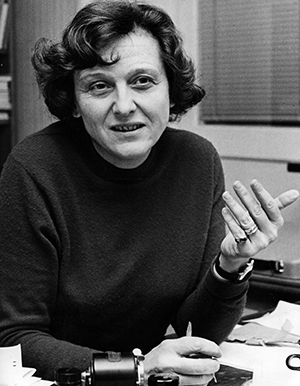