Using machine learning and optimisation to find refugees’ new homes can significantly improve their chances of finding work within three months, according to new research.

The international collaboration, conducted by researchers at the Universities of Oxford and Lund, Sweden as well as the Worcester Polytechnic Institute, involved developing Annie MOORE, an AI-powered software. The tech uses complex computational tools to match refugees to a given location by their needs, skills and the number of available resources and opportunities available.

The software not only optimises the likelihood of someone finding employment within three months, by over 20 percent, but also significantly improves the chances of them settling into - and therefore becoming a benefit to, the wider community. Although the main measure of a successful settlement is an individual finding a job, the software also ensures that the needs of refugees, such as whether they need language support or are perhaps a single-parent, are met.

Dr Alex Teytelboym, co-author and Associate Professor of Economics at University of Oxford, said: ‘Refugee resettlement is a complex humanitarian problem that cannot be solved with a single quick-fix. The manual resettlement process was riddled with issues, not least the sheer volume of cases that are processed each week – we are talking hundreds. This does not give the organisations enough time to thoroughly think about where and why they place a refugee family.

‘Technological solutions, like our AI powered software, remove many of these issues from the process, offering great opportunity and the potential for profound societal impact.

‘The software takes on the bulk of the work of figuring out straightforward placements while drastically improving refugee outcomes. This fast-track approach means that the resettlement staff can then focus more time on supporting refugees with issues such as mental health, long-term conditions, and previous trauma etc., for whom it is often harder to find good placements. Our software retains complete control for the resettlement agency staff by simply giving them recommendations of placement according to the criteria that they themselves set.’

Originally developed for use by the non-profit organisation HIAS in the United States, where it has been trialled with success since May. Staff have reported that the automatic approach saves them wasting valuable time on straightforward placements, so they can focus on more complicated cases and enhancing the likelihood of a match being successful. Should they be dissatisfied with the match suggested by Annie, staff still have the option of overriding the recommendation with a manual selection.

Of the 496 refugees that HIAS has resettled in 2017, 159 were able to secure some form of employment. However the data shows that had they used Annie to automatically match refugees to new homes, over 200 – or over 20 percent more – would have found a job in this time. There was potential to increase the refugee employment rate by as much as 37 percent.

Due to the current state of immigration and asylum seeking policy in the US, the team do not currently have enough data to evaluate how the programme has performed overall in 2018.

Dr Teytelboym said: ‘the software was trained on data collated under the Obama administration, from 2010-2016, President Obama pledged to increase the US refugee intake from 70,000 to 110,000 alongside commitments from 50 other heads of state in September 2016. However, the new President has accepted the lowest number of refugees for many years. Next year, the US has pledged to resettle only 30,000 refugees. Given there are 17 million refugees worldwide and over a million that require resettlement, this is a tragic situation. Nevertheless, we are ready to support any agency in the US or any country, such as the UK with its Syrian Vulnerable Persons Resettlement Scheme, in improving their resettlement processes.

It is the team’s vision that with further research, this work can be adapted to support other countries, with their refugee resettlement and integration goals, such as the UK and Sweden.

Professor Tommy Andersson, the paper’s co-author from the School of Economics and Management at Lund University, said: ‘Now that we know our software is capable of making a strong match in the United States, why not in Sweden? In Sweden, much of the discussion has been about the number of refugees we take in, rather than thinking about where we are going to settle them, and why?

‘Every year thousands of refugees are resettled all over the world, and while there is growing evidence that the initial placement of a refugee family profoundly impacts their life and long-term integration, there have been few attempts to optimise the process. Our user-friendly tech suggests that refugees should live where they have the greatest chance of getting a job and becoming self-sufficient. But those who absolutely lack networking and connections, we want to place them where it's most likely they will find a job.

‘Our research is the first to match asylum seekers based on their educational and vocational background and workplace, housing, school and healthcare needs. This offers them the best opportunity for finding work and adapting to their new life. For example, a skilled boat repairman from Syria should hopefully end up on the coast where they can put their skills to best use.’

In addition to working with new countries, future challenges for Annie will include taking into account refugees own preferences.

Dr Teytelboym said: ‘People have needs and preferences, you have to ask them what matters most to them - what they need from a local area, and act on this information in an intelligent way. Employment is not the right way to measure successful integration, what matters is what people really value in the new neighbourhoods.’ 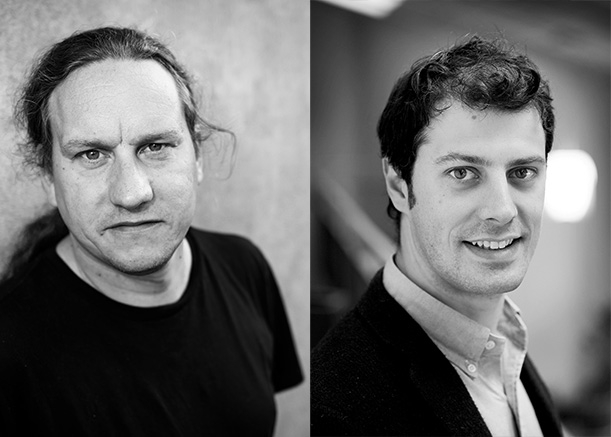 Latest news
29 Jul 2020
Breakthrough method for predicting solar storms
Extensive power outages and satellite blackouts that affect air travel and the internet are some of the potential consequences of massive solar storms. These storms are believed…
28 Jul 2020
New blood test shows great promise in the diagnosis of Alzheimer’s disease
A new blood test demonstrated remarkable promise in discriminating between persons with and without Alzheimer’s disease and in persons at known genetic risk may be able to detect…
24 Jul 2020
Antiviral method against herpes paves the way for combatting incurable viral infections
Researchers at Lund University in Sweden have discovered a new method to treat human herpes viruses. The new broad-spectrum method targets physical properties in the genome of the…
15 Jul 2020
What COVID-19 can teach tourism about the climate crisis
The global coronavirus pandemic has hit the tourism industry hard worldwide. Not only that, but it has exposed a lack of resilience to any type of downturn, according to new…
15 Jul 2020
New Promising Treatment Uses Smart Nanoparticles to Target Lung Cancer
A new and promising approach for treatment of lung cancer has been developed by researchers at Lund University. The treatment combines a novel surgical approach with smart…
All news
Share
Share on facebook Share on twitter Share on linkedin
Categories
Economics Research
15 Jun 2020